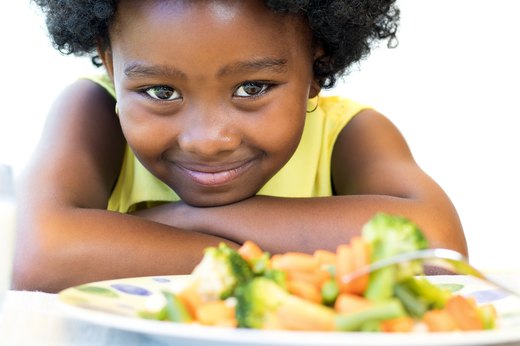 1. Do nots? There are many
Don’t let your kids get hooked on sugar, says Agatha Achindu, a mother of three who founded Yummy Spoonfuls Organic Baby Food in 2006. “Sugar is in just about all packaged food these days, in one form or another,” said Achindu, who grew up on a farm in Cameroon, West Africa. Banish soda and other sugary drinks from the household, read the labels and don’t buy anything with added sugar, she says.
You might not be able to control everything your child eats, especially when your kids are not at home, but you can give them a good healthy foundation. She suggests not bringing junk food into the house: “If it’s not there, they won’t eat it.” Don’t plead or threaten or bribe your child to eat healthy food, she says, because those tactics are not effective. And don’t judge your child’s tastes by your own. “You may not like broccoli, but your child is not you. He/she may love foods that you don’t care for,” Achindu said.
2. Make food interesting
Lori Day, an educational psychologist and consultant, says her mom always told her that she was a terrible eater and that it would be karma if her daughter also didn’t like to eat well. But that’s not what happened. When her now-grown daughter was young, Day thought that if she found food interesting, she’d be more likely to try it. So Day let her daughter shell peas, count them, sort them by size and play with them before putting them in the pot. She loved eating them raw or cooked, Day said.
Same with mussels marinara, which became one of her daughter’s favorite foods. She enjoyed inspecting the mussels and looking for the potentially dead ones to throw away, learning about their biology and pulling the cooked shells all the way apart and picking out the meat.
“My main tip is to make food interesting if your child is naturally curious, enjoys science/nature and is willing to engage,” Day said.
3. Get the kids involved
Several parents talked about how bringing their children with them to the farmers market or the grocery store and having them help with the cooking can get them more excited and invested in what they are eating. “Kids can be inspired to eat healthy when they are part of the meal and snack planning process,” said Margaret McSweeney, host of the podcast Kitchen Chat, on which she has interviewed about 200 chefs, cookbook authors and food industry experts. “A trip to the local farmers market or produce aisle can be an adventure and connect them with the source of food.”
Monica Sakala, a mother of two who runs the social media consulting business SOMA Strategies, said she continues to be amazed by the power that growing their own vegetables has had on encouraging healthy eating in her kids. This is their third summer with a vegetable garden. “They delight in going out back, getting dirty and picking the veggies. I watch them eat them raw,” she said. “They seem to delight in what they’ve grown, and there’s never a battle.”